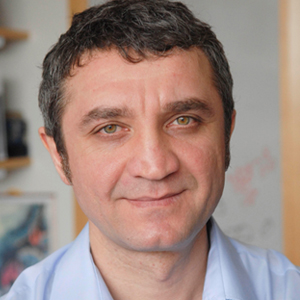 As FASI’s director, it’s my mission to ensure that food allergy research gets the scientific – and public – attention it deserves, so we can together advance the field and work toward effective treatments and therapeutics that patients urgently need

Ruslan Medzhitov is the Chief Scientific Officer at the Food Allergy Science Initiative, the Sterling Professor of Immunobiology at Yale University School of Medicine, and a Howard Hughes Medical Institute investigator.

Dr. Medzhitov is probably best known for the foundational discoveries he’s made concerning the roles that the immune system’s Toll-like receptors play in controlling adaptive immunity. Along with these seminal findings, he has also made invaluable scientific contributions to other research areas, such as tissue biology, host-pathogen interactions, and mechanisms of inflammation.

The current research in his laboratory is focused on allergy, inflammation, infection biology, cell signaling, and transcriptional control of cell fate decisions. One of the biggest puzzles in current immunology is how and why allergens induce immune responses. The team is pioneering critical research to solve this puzzle. Dr. Medzhitov believes that allergies are part of an essential defense mechanism that protects us from noxious substances – the body’s food quality control system. The major symptoms of allergic reactions – tears, sneezing, coughing – help expel unwanted agents from the body, while the excessive activity of these defenses causes allergic diseases.

Dr. Medzhitov is the recipient of many awards, including the Searle Scholarship, the William B. Coley Award from the Cancer Research Institute, the Blavatnik Award for Young Scientists, the Lurie Prize in Biomedical Sciences, the Shaw Prize in Life Science and Medicine, the Charles W. Bohmfalk Teaching Prize at the Yale University School of Medicine, and honorary doctorates from the University of Munich and Utrecht University. He is a member of the National Academy of Sciences, the National Academy of Medicine, the Connecticut Academy of Science and Engineering, and the European Molecular Biology Organization. He is also a fellow of the American Academy of Microbiology.

These insights have opened new areas of research and may impact the study and treatment of many other conditions, including autism, gastrointestinal disorders, and Parkinson’s disease. Our research efforts will continue to uncover how the body senses and response to allergens, what cells contribute to allergy response, and precisely what role the gut microbiome plays in food allergies.

In addition to his scientific research, he serves on the scientific advisory boards of research institutions in Europe and several biotech companies. He is the co-author of a textbook on evolutionary medicine.

Dr. Medzhitov earned a B.S. at Tashkent State University and a Ph.D. in Biochemistry from Moscow State University. He was a postdoctoral associate in the laboratory of Charles Janeway at the Yale University School of Medicine and joined the faculty in 1999.